In the course of the JEUPISTE project, funded by the European Union under the 7th Framework Programme (Grant Agreement Number: 609585) we analysed the cooperation between Japan and member states of the European Union in research and development. Part of that activity was this report which provided an overview of the patterns in EU-Japan collaborative research measured in patenting activity. Despite all problems, patent applications and patents are the most important indication of inventive activity and novel codified knowledge. As part of this exercises we scrutinised the patenting activity deploying descriptive statistics, the methods of Revealed Technological Advantage (RTA) analysis and Social Network Analysis (SNA) to analyse the specialisation and international cooperation of patenting activities.

In this blog we give an overview of the analysed knowledge flows between Japan and European member states as measured by foreign ownership of patent applications. These flows represent cross‐border ownership of patent applications and patents reflecting international flows of knowledge from the inventor country to the applicant countries and international flows of funds for research (multinational companies). In most cases, patents with inventors from abroad correspond to inventions made at the research laboratories of multinational companies and applied for at company headquarters (although in some cases national subsidiaries also may own or co‐own the patents). Hence, this indicator expresses the extent to which foreign firms control domestic inventions.

Below you find the knowledge flows between all countries visualised as Chord diagrams. Each link represents a knowledge flow and is scaled by in- and outflows. The diagrams are interactive (click to open html version) – if you move the cursor over on link you will see the total numbers. First diagram shows the total numbers while the following five ones are disaggregated on the level of technology sections. 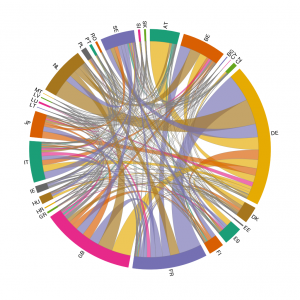 Knowledge flows for section “electrical engineering” between EU and Japan, 2005-2014 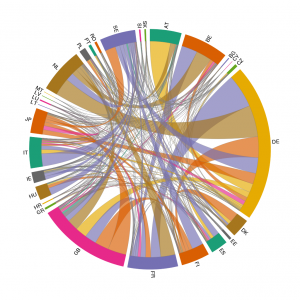 Knowledge flows for section “instruments” between EU and Japan, 2005-2014 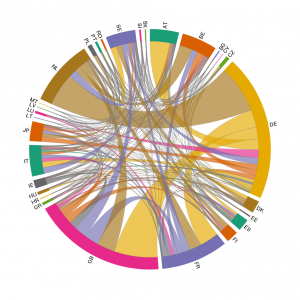 Knowledge flows for section “chemistry” between EU and Japan, 2005-2014 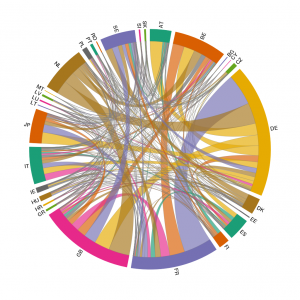 Knowledge flows for section “mechanical engineering” between EU and Japan, 2005-2014 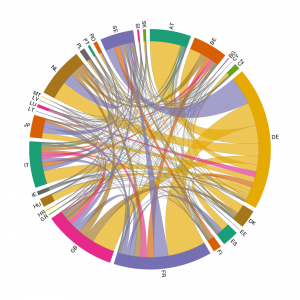 Knowledge flows for section “other fields” between EU and Japan, 2005-2014 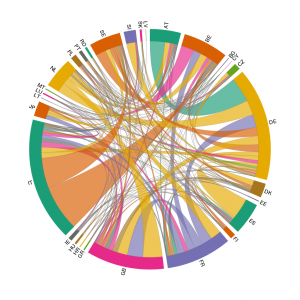 In total the following analysis is based on some 39,000 patents (fractional counts) developed and filed in 29 countries. Third countries that might also be involved in these patents, were filtered out on inventor and applicant level thus only cases of cross-border flows between the countries in this study are subject of the analysis. The countries with the highest difference between in- and outflows of patents are the Netherlands (2,128), Sweden (1,882), Finland (1,077) and Luxembourg (1,034). It is noteworthy, that these countries are rather small with a strong industrial and knowledge base but are only to some extent among the countries with the highest total patenting activity. Even when looking on the total inflow, the Netherlands are second only after Germany, and Sweden is experiencing a higher inflow than France or the United Kingdom. Small countries with a limited knowledge base, that profit from a higher in- than outflow are Luxembourg, Ireland (334), Malta (129) and Cyprus (108). It can be hypothesised that these flows are the result of the present taxation policies in these countries that potentially attracts headquarters or branches managing the firms intellectual property (e.g. licensing within a corporate group).

The analysis of knowledge flows as measured by foreign-owned patents shows that Japan owns more European developed applications than the other way round. However, the knowledge flows exist in both directions and depend on the field. At the same time these flows are on an average lower than mostly inner-European flows. Given the size of Japan and its role in global knowledge production, there is definitely room for deepening the collaboration in patenting activity. 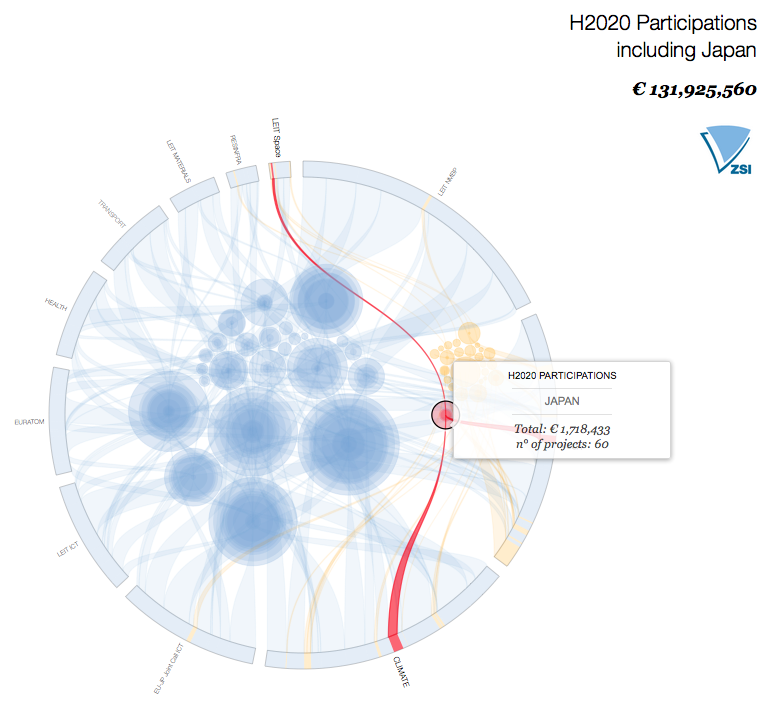 This is a modified version of a visualisation originally developed by Mike Bostock, published at the New York Times and now published by Brightpoint.